Shepherd Market, described by locals as the original Mayfair village, is pleased to announce that travel writer and Monty Python star Michael Palin will be switching on their Christmas lights on Thursday, 3 December.

This annual festive event, sponsored by leading prime London estate agent Pastor Real Estate and with additional drinks sponsorship from Nyetimber, England’s finest sparkling wine, is fast becoming a ‘don’t miss’ with last year’s lights being switched on by Jeremy Clarkson. Organised by The Shepherd Market Association of Retailers, Residents and Traders, the event is shaping up to be even better with Zac Goldsmith stepping up to introduce Michael Palin. Throughout the evening there will be a number of fantastic live acts performing on the piazza and the streets around the Market including Glastonbury favourites and folk supergroup ‘Skyhook’, carol singers from Christ Church Mayfair and leading electric violinist Sarah Mallock. Some of the local shops will also be providing stalls and special menus for the night including a Mulled Wine and Mince Pie Bar organised by 5 Hertford Street, Le Boudin Blanc’s ‘fruits de mer’ stall, a special Christmas fast-food menu at Kitty Fisher’s and the Market Tavern will be putting on an ‘after-party’.

Renowned for its shops, bars and restaurants, many of which will be opening their doors late into the evening and offering discounts especially for the occasion, the Shepherd Market party-goers will be able to indulge in an array of food and drink including a complimentary sample glass of Nyetimber, served from ‘The Nyetimber’ – a beautifully reimagined 1968 Routemaster bus.

The treasure hunt that takes place around Shepherd Market will have prizes including fantastic Christmas present hampers with gifts donated from businesses in the Market including jewellers Guy&Max and J&C Martin, renowned florist Paul Thomas, gallerist Bankrobber, menswear brand Simon Carter and many more.

Stirling Moss, the Chairman of the Shepherd Market Association and local resident said, “Following on the success of last year we are all really looking forward to welcoming visitors to the area once again for what I’m sure will be a fantastic evening of Christmas celebrations and a great fundraiser for our charitable cause, St. Mungo’s Broadway.”

David Lee, Head of Sales at Pastor Real Estate, added, “We are delighted to be sponsoring the 2015 Shepherd Market Christmas Party. Pastor Real Estate is a local business with local interests, so we understand the importance of these events to the area. We are committed to playing a major role in the Mayfair community, which is also demonstrated through our continuous sponsorship of The Mayfair Awards. The event will be a fantastic evening to be enjoyed by all associated with Shepherd Market and those that want to visit. This event will attract a number of visitors, which can only benefit the people and businesses of Shepherd Market.”

Eric Heerema, Nyetimber’s Owner and Chief Executive, adds: “We are delighted to be an official sponsor of the 2015 Shepherd Market Christmas celebrations. It’s wonderfully fitting that England’s finest sparkling wine will be served at this very British event in the original Mayfair village. We look forward to welcoming guests aboard our beautiful bus, ‘The Nyetimber’ – the perfect place to watch the turning-on of the lights over a glass or two of Nyetimber”.

Michael Palin will be switching on the Christmas lights at 6.30pm on Thursday, 3 December. Further information can be found at www.shepherdmarket.co.uk 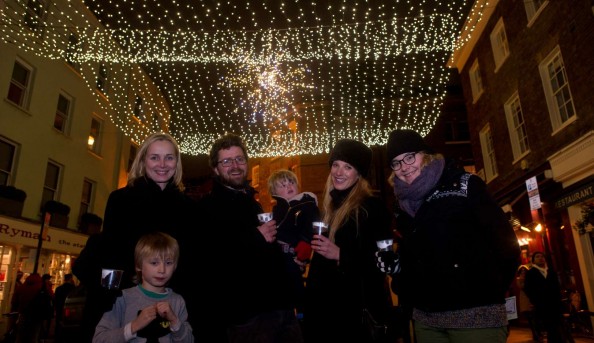 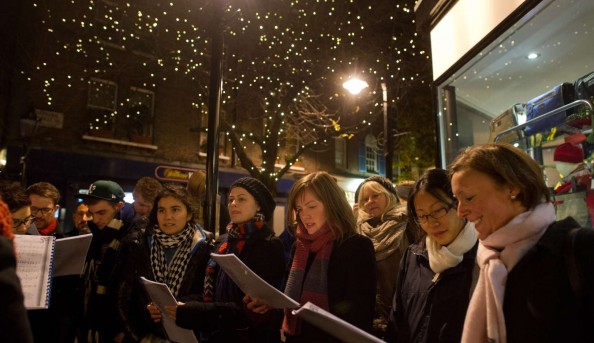 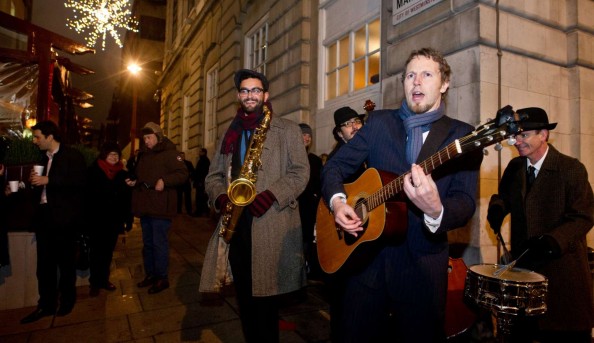