In Conversation with Ivan Putrov

We are delighted to welcome renowned ex-Royal Ballet Principal and international ballet star and choreographer Ivan Putrov who will be speaking and answering questions about his career and life. Places will be limited and tickets including a glass of wine/soft drink. His latest work Men in Motion will be performed at the London Colesium on 30/31 January.

He was born in Kyiv, Ukraine to a ballet family. Ivan trained at The Kyiv State Choreographic Institute and at The Royal Ballet School. Upon graduation Sir Anthony Dowell invited him to join the Company, where he became a Principal after three seasons. His repertory includes Principal roles in all the classics and ballets by MacMillan, Ashton, Balanchine, Fokine, Tetley, Cranko, Bournonville, Robbins, Zamuel, McGregor, Forsythe, Kylián, Maliphant, De Frutos, Petit and Duato. International appearances include leading roles with National Ballet Companies of Hungary, Ukraine, Lithuania, England, Mexico, Georgia, ViennaStaatsoper and with The Royal Ballet in many of the world’s most renowned theatres. Awards include Premier Prix at the Prix de Lausanne, Gold medal at the Serge Lifar International Ballet Competition, Gold Medal at the Nijinsky Festival, Critics’ Circle National Dance Award, Medal for Work and Achievement from the President of Ukraine and has been made an Honorary Artist of Ukraine. He has worked with Mario Testino, Johnnie Shand-Kidd, Philip Haas, Nick Knight, Gary Hume, Sam Taylor-Wood and Pet Shop Boys on photographic, film and other creative projects.

Ivan has performed at special events and charities in front of world leaders and royalty on various occasions and places including Buckingham Palace. 101st birthday of Queen Mother.

Pet Shop Boys have written The Most Incredible Thing for Ivan. This ballet was first performed at Sadler’s Wells in 2011 and has been filmed by the BBC.

In 2012 Ivan conceived and produced ‘Men in Motion’ at Sadler’s Wells Theatre, London. The show looks into a century of development of the male dancer in ballet theatre. The show had two successful runs in London, has been shown in Moscow and Italy in 2013. 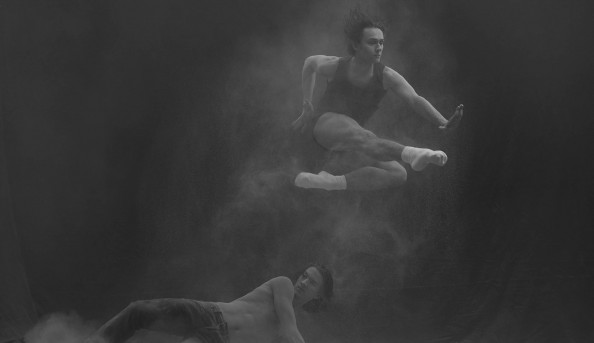 Send Message to In Conversation with Ivan Putrov