Out of Chaos Ben Uri: 100 Years in London Presented in association with the Cultural Institute at King’s College London

Out of Chaos Ben Uri: 100 Years in London Presented in association with the Cultural Institute at King’s College London

The Ben Uri Gallery and Museum celebrates its centenary this year with a major exhibition in Somerset House: Out Of Chaos; Ben Uri: 100 Years in London running from 2 July – 13 December 2015.

A group of important recent acquisitions are also on show including La Soubrette (1933), a rare portrait – probably the finest in the UK – by Chaïm Soutine, acquired in 2012; The Interrogation (1938) by George Grosz, acquired in 2010; Chagall’s rare and rediscovered response to the Holocaust, Apocalypse en Lilas, Capriccio (1945), acquired in 2010, and Mornington Crescent, Summer Morning II (2004) by Frank Auerbach, acquired in 2006.

Tate have made a a rare loan of Mark Gertler’s most celebrated work, Merry-Go-Round (1916), his visceral reaction to the First World War. Presented to the collection of the Ben Uri Art Society, by Gertler’s dealers, the Leicester alleries, in 1944, six years after the artist’s death, the painting was sold to the Tate in 1984, where it has remained ever since.

Ben Uri Gallery and Museum began life as an Art Society founded by émigré Jews in Whitechapel’s ghetto in July 1915, and is the oldest Jewish cultural organisation in the UK. It is the only art museum in Europe whose raison d’etre is to address universal issues of identity and migration through the visual arts. Its collection of more than 1,300 works by 392 artists from 35 countries continues to grow and principally reflects the work, lives and contribution of British and European artists of Jewish descent, interpreted within the context of 20th and 21st century art history, politics and society. 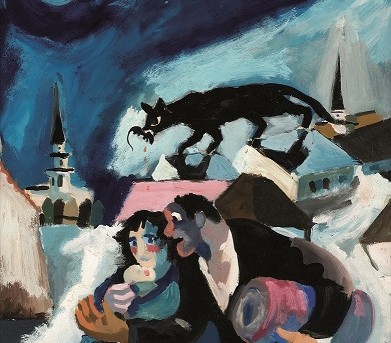 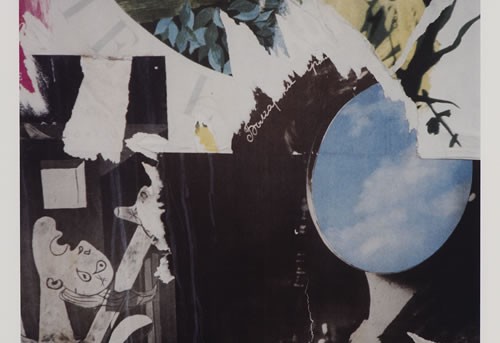 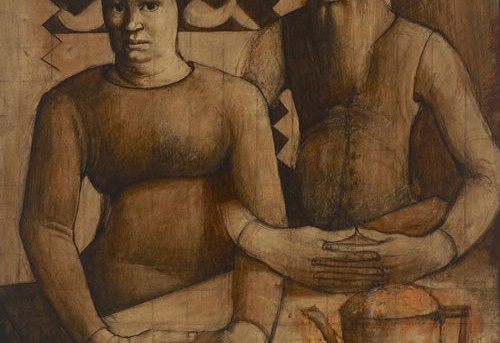 Send Message to Out of Chaos Ben Uri: 100 Years in London Presented in association with the Cultural Institute at King’s College London